Shackled up, in cages with strangers. Welcome to the United States of America. This short description may sound like a prison, and in a way it is. Sadly for many of these migrant children, their opportunities are cut short when they arrive to the land of opportunity.

Migrant children make the strenuous journey from Latin America to escape threats that shake one’s belief in humanity. They flee what many people will never experience in their lifetimes: extortion, violence and even sexual exploitation. Every year, around 70,000 children make the grueling journey – crossing treacherous terrain, and risking their lives – to seek refuge in the U.S. After all that effort, their hopes are dashed when they arrive at the American border and are forced into government custody.

The number of children detained at the border has increased significantly in recent years. No one would want their child to endure the experience of detention. The pain of being separated from their families is already unbearable, and is worsened by neglect and malnutrition. Once these children are released from custody, their struggles continue. With inadequate support and an often limited understanding of the administrative language, they face overwhelming legal challenges in addition to mental health and medical trauma.

The stress, anxiety and risk of deportation remain, negatively affecting the health of these children as they attempt to build new lives. There is the omnipresent fear of deportation, which creates a culture of avoidance and distrust of government-funded programs. However, this mistrust can lead to disastrous effects on a child’s physical and mental health. 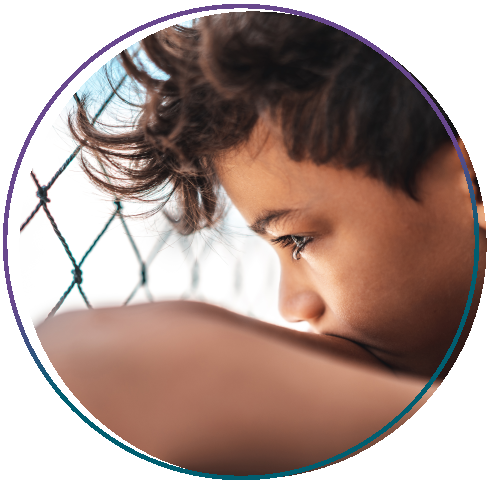 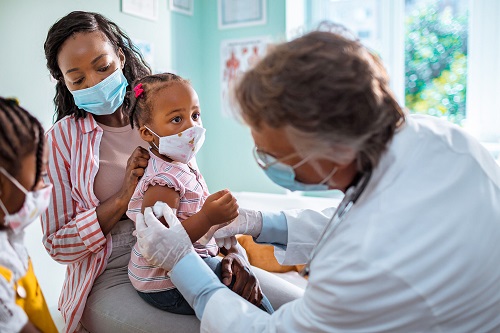 Dr. John Harlow, a pediatric physician at AltaMed, has been taking care of our youngest patients at AltaMed General Pediatrics at Children’s Hospital Los Angeles. He quickly observed the devastating health effects of migrant-related trauma on these children. There is a desperate need for trauma-informed pediatric care to help these kids grow healthy.

This approach recognizes that receiving medical care can be traumatic for or trigger reactions in undocumented children. The model also provides emotional support for the entire family. It encourages positive coping methods and offers proactive guidance surrounding the recovery process. Just as important, it reduces the fear of using public resources and avoiding health treatments that can be life-saving.

It also equips immigrant families with legal services and holistic case management in the Los Angeles area. La Linterna was established to overcome the health care barriers faced by migrant children. The program currently oversees 30 patients. In 2021, the AltaMed Foundation has an ambitious goal to double the number of children served through the La Linterna program. 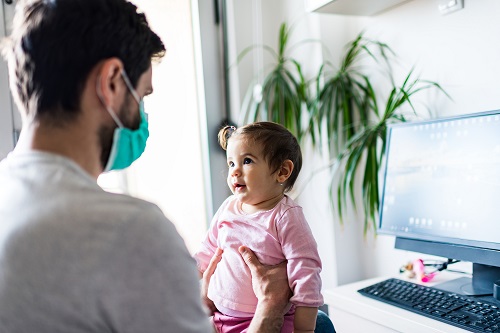 Diego* and Melissa* are a 10-year-old boy and 13-year-old girl, respectively, who emigrated from El Salvador with their mother, fleeing violence and economic exploitation. After escaping from the children’s physically and emotionally abusive father, the family was able to resettle in another town in El Salvador.

However, not long after starting her own business, the children’s mother mom was the victim of violent extortion by a criminal gang in the area. The family then traveled by train, by bus, and on foot across Mexico to the United States border. Fearing kidnapping, robbery, and sexual violence, the family was often forced to hide from both criminal and governmental forces – at one point sleeping in caves in the Sonoran desert to avoid gunfire.

Upon crossing the border, DHS immediately separated the children from their mother. Both children and the mother spent multiple weeks in incarceration at “La Hielera,” sleeping on concrete floors in a CBP facility. Eventually, they were released into the community while they waited for their case to be adjudicated. Having been a schoolteacher and small business owner in El Salvador, the mother has struggled to find work in Los Angeles, especially since she was forced to wear an ankle monitor at all times.

**Names have been changed to protect identity

What You Can Do

In order to make this program sustainable and not let these children down, your support is crucial. These children deserve to grow healthy without fear of being condemned. They deserve to live in a safe environment, and have opportunities just like any other child in Southern California. Your donation is the bridge between these children’s health resources and their futures. To learn more about the La Linterna program and its impact, click here or contact Susan Hubbard at [email protected] or (323) 680-3120. For further information on the AltaMed Foundation and its efforts, click here.

Help us deliver a better tomorrow for our communities

When all people have access without barriers to health care and human services, cycles are broken and communities flourish. With support from donors, AltaMed can expand our community programs and help more members of the community thrive.
DONATE NOW

All contributions are tax deductible to the extent allowed by law.
Our Tax ID number is: 95-2810095.
© 2020 AltaMed Foundation – All Rights Reserved